Fresh Paths: Tell us a little bit about yourself.

My name is Melissa Morgan. I am originally from Richton, Mississippi. I currently live in Petal, Mississippi which is right next to Hattiesburg. I have a wonderful and supportive family that still lives nearby. My mother and father are both retired educators. They also are on staff at Greens Creek Baptist Church where my dad is the music minister and my mom is the pianist. I have one sister that is in the process of starting a ministry to Central America specifically Honduras. My daughter Addison is 9 years old and will be starting 4th grade in August. I am starting my 21st year as a school counselor at Petal High School.

2. How and when did you become interested in adoption?

I have always had an interest in adoption. James 1:27 has always been a special verse to me. ("Religion that God our Father accepts as pure and faultless is this: to look after orphans and widows in their distress and to keep oneself from being polluted by the world." James 1:27-NIV) I believe that God calls us to take care of orphans and widows as this verse commands. My first exposure to adoption came when my aunt adopted her first child. I guess my real concern for orphans came when a couple from my hometown adopted their daughter from China. I followed their journey and always felt that God was tugging on my heartstrings to one day adopt. Fresh Paths: You are single. Did that present any special challenges to pursuing adoption?

There are many restrictions put on singles when adopting, especially internationally. There are few countries that allow singles to adopt. China is one country that does allow it. However, they did put a brief stop to single adoptions while I was in the process. Thankfully, I logged in my paperwork in China 15 days prior to their cutoff deadline. They have since reopened single adoptions.

Some of the requirements that most countries have are dealing with finances, health status, etc.

Fresh Paths: What obstacles did you face in this process? What have your friends/family said about it?

I started researching single adoptions in early 2006. I reached out to the most familiar adoption agency that I knew, Bethany Christian Services, and was told because I was single, I would have to be placed on a waiting list. I never told them to put my name of the list because I was a little discouraged. It is also important to know that I had not told anyone about my research at this time. Life got in the way later on in 2006, and I sold my house in Hattiesburg to move to Petal. Since my house sold before my new one was completed, I moved in with my parents. I still had not told anyone. Once in my new home, I began to feel God tugging again.

Finally, at the end of December 2006, I told God that I needed some sort of confirmation that I needed to pursue adoption. The very next day I had a letter from a social worker at the Jackson, Mississippi, Bethany office. This letter was mailed to my Hattiesburg address. Technically, it should have never found its way to me because I had changed my address twice since that address. I know that it made it to me because it was God’s timing. The letter informed me that China would be discontinuing single adoptions on May 1, 2007. Evidently, my name had been placed on that waiting list, and I wasn’t aware of this. Of course, I received this letter on a Friday at 5:00 when the Bethany office had already closed. I finally told my family about things, and they were very supportive of me. I spent the weekend praying and finally spoke to the social worker on Monday. She told me that we would have to move fast if the national office would even let me start the process. We both vowed to pray that night and talk again the next day.

She told me the next day that I would have to get all of my paperwork done by March 1 so the national office would have time to get it to China before the May 1 deadline. I told her that I had to be obedient to God’s calling and if it was His will, everything would fall into place. I began the mountain of paperwork that day. What should have been a six-month process of paper chasing took two weeks. The holdup would end up being the United States Immigration Service office in New Orleans.

I quickly got my fingerprint appointment but continued to wait for the one sheet of paper that I needed. I ended up finally getting it but only because God placed a childhood friend in my mom’s path to hear my story. This friend worked for a lobbying group in Washington, D.C. and her boss was a friend of someone high up in Homeland Security. To this day, I do not know who the individual was that helped me get this paper. I am forever very grateful to him/her. With all the paperwork done, I began a very long wait. In fact, I would still be waiting if I had not decided to change to special needs adoption in January 2010, three years after I received my login in China. By May 2010, I had been matched with Addison. She had a bilateral cleft lip and palate. This was her only special need. My parents and I traveled to China at the end of August, and Addison was placed in my arms on August 30, 2010.

Fresh Paths: What sacrifices have you made to pursue this dream? What was the actual process like?

I don’t really think of this dream as having sacrifices. I have always wanted to be a parent. My journey just hasn’t been the typical path to becoming a parent. The things that I have faced are the same as what any couple with children may face. I have to think about finances a little more closely because I am the only one earning an income. I have also had to think about medical issues a little more since Addison was born with a cleft lip/palate. Fresh Paths: Did you ever become discouraged? Why did you continue?

There were several moments in my journey to get Addison that caused me to get discouraged. The wait was the main one. Most people wait 9 months to see their child, I waited almost 4 years to see mine. I had to redo paperwork and fingerprints numerous times during this wait. That was very discouraging. I don’t think I ever thought about quitting though. I knew that God wanted this. I had to keep reminding myself that everything would happen in His time, and it did. Addison is the perfect child for me, and I believe that I am the perfect mother for her.

Fresh Paths: Tell us about the experience of actually receiving your new daughter.

I had to travel to China to get Addison. My parents and I spent 16 days in country going through the Chinese process to finalize everything. I didn’t meet Addison until 3 days after I arrived. Bethany likes for families to spend a couple of days in Beijing to overcome jet lag but also to experience the Chinese culture. From Beijing, we flew to Nanchang, Jiangxi, China. This is the capitol city of the province where Addison lived. We should have been able to check into the hotel and get settled prior to getting her; however, things don’t always go as planned. On our ride from the airport, our guide was told the children were already at the hotel. I felt completely helpless when we walked in the hotel. I spotted Addison immediately as she was sitting on the mezzanine looking down on the lobby. We weren’t able to go straight to her because we had to check in. After getting our bags in the room, we were taken to the children. It was a very chaotic event. There were four families getting their daughters. The girls were upset and apprehensive, so they were crying.

Thankfully, we were able to take her back to the room for a little while before we went to the Chinese Affairs office to sign paperwork. We were all overwhelmed and emotional. This was a dream coming true, and it was not exactly how I had imagined it would happen. In the end, Addison attached to me immediately, which had been our prayer. She didn’t want a lot to do with my dad but was okay with my mother. Eventually, she warmed up to all of us. 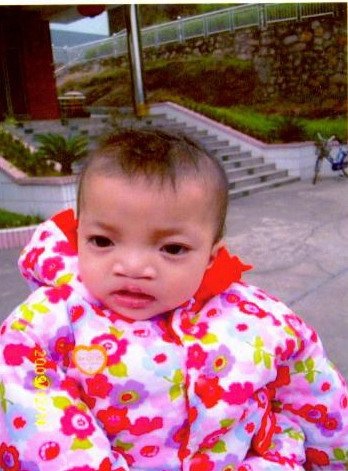 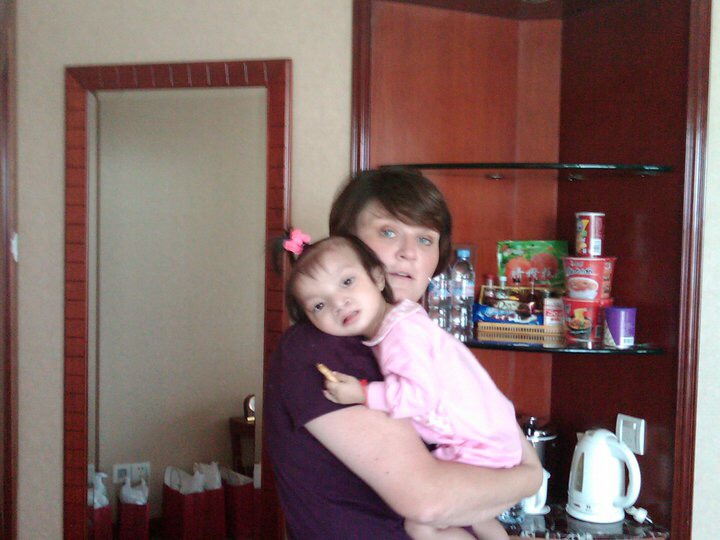 8.  Tell us about Addison, and her “journey” in moving to Mississippi; medical issues; school; etc… (Feel free to allow Addison to answer, too!)

Like I have stated earlier, Addison was born with a cleft palate and cleft lip. Thankfully, an organization repaired her lip while she was still living in China. At first, I was planning to use Shriner’s Hospital to repair her palate. After several trips to Houston, I decided to look for a closer cleft team. After doing some research, I decided to use the craniofacial team at University of Mississippi Medical Center in Jackson.

Addison has had excellent care from them over the past 7 years. She has had numerous dental surgeries, two palate surgeries and a bone graft during this time. We still are not finished but are getting closer. Because of her cleft, Addison has also been in speech therapy both privately and in school. She is doing fabulous with her speech!! 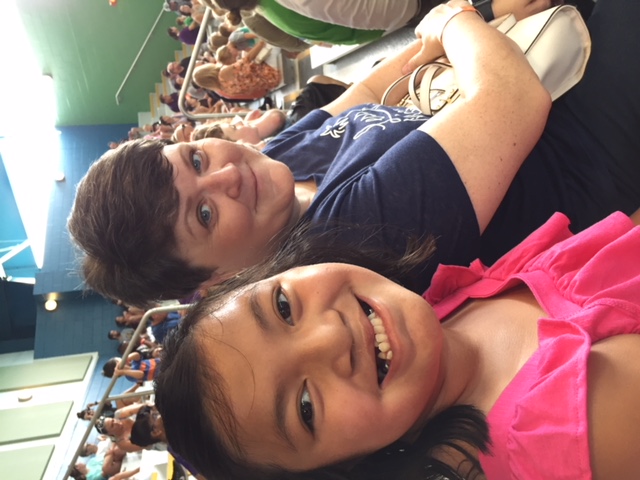 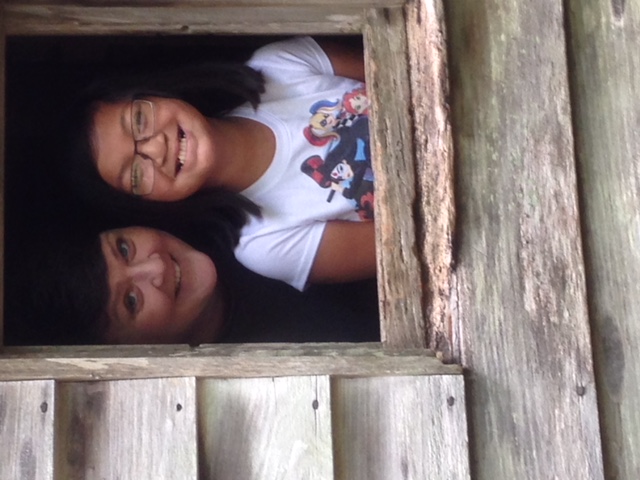 Addison has been in school since she was 2. She attended Asbury Preschool for three years and is not a student in the Petal School District. Addison excels in school. Math is her favorite subject. She also is a very talented artist. Addison is an old soul who is very compassionate and loving. She loves music and sings all the time. I am partial because she is my daughter, but Addison does not meet anyone that doesn’t love her. She is a bright light to everyone that she meets. Fresh Paths: Has the time and effort been worth it?

Definitely!!! I would not change anything that has happened over the past 8 years. People always tell me that I did a good thing by adopting Addison; however, I feel the opposite. I just followed a command that God gave me. Addison is the one that has blessed my life and the lives of everyone that she meets. Fresh Paths: I’m sure some people thought this was a crazy idea. What advice would you give to someone who has a “crazy idea” they want to pursue?

There have been some people that thought I was crazy to adopt a child as a single. However, there are a lot of great single parents in this world. It can be done!! My advice to anyone pursuing a “crazy idea” is to keep your sight set on God. If this crazy idea is of God, it will happen. He will guide you through the journey and open and close doors to get you to the end. Fresh Paths: Anything you want to add?

Thank you for the chance to tell our story. Everyone has a story. Hopefully, ours will lead someone to pursue something that will only enhance the story that God has set forth.