Playing the guitar is not new to Dr. Mark Gregory, but he continues to learn more about music--just like he does in every area of his life.

Dr. Mark Gregory, a pastor in Murfreesboro, Tennessee, is something of a Renaissance man. He's a pastor with a PhD in Old Testament studies, an adjunct professor at Belmont University, a guest lecturer at a seminary in Guatemala, an author of several books, a self-taught speaker of Spanish, a woodworker, a black belt in karate, a church starter, a furniture maker, a car salesman, a guitarist, and a pilot. Oh, and did I mention that he's the proud grandfather of two little girls? And that's just today! Who knows what he'll take on tomorrow?!

Fresh Paths: Tell us a little bit about yourself.

I was raised in Central Mississippi and I'm from a family of farmers and business men. My grandfather was one of the early adopters of John Deere tractor sales in Mississippi and my father continued that tradition with a second John Deere dealership and later a Chevrolet dealership. As a result, I grew up around farming and a significant business inclination, which led to my graduating from Mississippi State University with a degree in Business Administration. Since my family had a strong Christian faith, we were very involved in Church, and without question that influence was a part of my spiritual development which found fruition in college and ultimately a desire to serve in ministry. I met my wife Jan at college and, after we both graduated, we attended Midwestern Seminary where we obtained master's degrees. Because of a compelling interest in the Old Testament and the biblical languages, I completed a PhD at Southern Seminary with the intent to teach in a university or seminary. The Lord, though, had other plans and called us into the full-time pastoral ministry which has now been thirty years! This naturally leads to some of the other questions...

Fresh Paths: You have done so many things! Tell us about some of them.

As a Senior Pastor, I have found a great fulfillment in preaching/teaching and certainly have learned a lot about the leadership aspects of pastoring. During all of these years, there have been a number of significant opportunities to broaden my experience in ministry and various interests. For example, I've had the privilege of being a part of three church plants - the last of which is where I have served now for eighteen years as the founding Pastor of Calvary Baptist Church in Murfreesboro.

I've always sought to push myself to reach for more, and as a result I began working toward a black belt in Tang Soo Do and started the martial arts ministry at Calvary ultimately achieving a second degree black belt. There had been a recurring interest in flying and at the age of 43 I obtained a pilot's license and then went on to achieve an instrument rating. Now my wife and I own a small four-seat airplane that we use for ministry and visiting family.

As a constant reader of fiction and nonfiction, I had always wanted to write books as well. I decided to use some of the literary techniques I had learned in seminary related to the temporal aspects of narrative to write a fiction novel: Net Trigger. It's a suspense thriller set in the Yucatan wilderness of Mexico that utilizes two time-lines that merge in the present day. I continued writing and my second book was a non-fiction about leadership, the third was another fiction novel - The Crossing Ward, the fourth was a Hebrew grammar written in Spanish, and currently I'm revising my doctoral dissertation for publication. 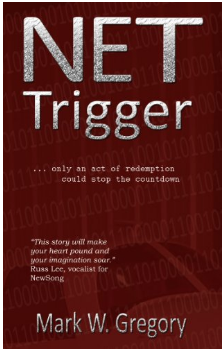 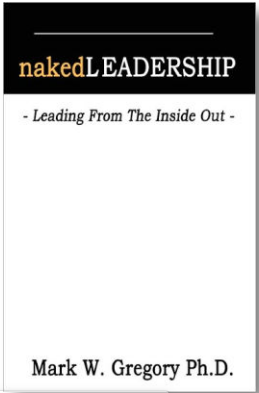 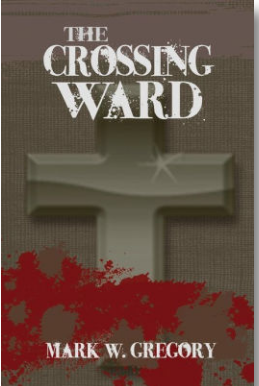 Several years ago, Jan and I had the opportunity to begin teaching at Pastor's Conferences in Guatemala. The work there is ongoing and we've now been a part of approximately six conferences for Pastors and Women in that country. As a result of being in Guatemala and developing a connection with our mission representatives, I learned of the need at the Seminario Teológico Bautista de Guatemala for someone to teach the biblical Hebrew language. Since that was one of my specializations in seminary, they invited me to fill that niche. This has lead to a whole host of opportunities to teach on site and online for Guatemala, Honduras, and El Salvador and actually serve as an adjunct for them. Though I'm not fluent (yet) in Spanish, I've been working daily to achieve a level of proficiency for the classroom.

Fresh Paths: How have you made time to do so many different things?

You're not the first person to ask me that question. I've often had people ask how have I been able to pastor full time and write books or tackle new adventures like teaching in Central America?

I've learned a number of things over the years about effectiveness and accomplishing goals. First, you have to have a longer term view that compels you to start something and not stop, even it takes months or years to accomplish the goal. Most things of worth take months or years from beginning to end. Second, it's important to do a little bit every day toward that goal. I'm not able to spend hours a day working on writing or learning Spanish, but I can make sure that I do at least one thing toward that goal every day, even if it's for only ten to fifteen minutes. When I was in seminary and writing my dissertation, I decided that every day (and at least five days of the week) when I sat down to work on the document I would write three pages. That's all. I could do that in a reasonable amount of time. Some days I would write a bit more, some days less. But over six months of working on the dissertation it added up to over 200 pages. That same principle translated to the writing of my fiction novels: I set a goal of writing three pages a day, five days a week. And the result: a novel was born. Regarding writing in particular, I also learned that most of the process of writing is not about inspiration, it's about effort and dedication. That's what gets the job done.

Mark and his wife, Jan, on the campus of Southern Seminary where he received his doctorate

Fresh Paths: Why are you always doing something new? Don’t you have enough to do as the pastor of a growing church?

I certainly have plenty to do as a pastor. But I've always been a student and a learner. I love new challenges. I'm wired that way. In my book on leadership I wrote: I read widely, I observe broadly, I inquire steadily, I acquire comprehensively. (nakedLEADERSHIP) These statements reflect my curiosity and inquisitiveness. My uncle was a medical doctor and I once saw him studying when we were visiting on a family vacation as a child. When I asked him why he was studying when he had already become a doctor, he replied that you never quit learning as a doctor. I took that thought to heart. For me new things are about learning, seeing, and doing.

Fresh Paths: What’s your next adventure going to be?

I'm few years away from "retirement" but my philosophy has been that I'd like to blow past that magic number and think in terms of a whole second career. For me, it's a desire to extend my influence and significance in a new and fresh way - especially now that I have had the honor and experience of serving as a full-time Senior Pastor for thirty years.

Fresh Paths: Why do you think more people don’t pursue their dreams?

Perhaps because they don't look long-term enough. In other words, they may think if they can't achieve it in a short period of time then it seems like an impossibility. They are defeated before they start. I also think that people often over analyze the resources they will need to pursue their dream. They may feel that they don't have enough money, time, support, ___________ (fill in the blank) to get it done. I think you just have to determine to start moving in the right direction and slowly let the things come together. And the most important part of the process is the guidance of Christ who has a plan for our lives. If we are walking in a right relationship with God, then we can trust that our next steps will be in His will which puts us where we need to be later. I said recently in a sermon something along this line: The Lord has given you everything you need, to become all that He wants, to do more of His will!

Fresh Paths: Has the time and effort been worth it? Would you do it all again?

Yes and Yes!!! I would probably say I'd want to do more, not less.

Fresh Paths: What advice would you give to someone who has a “crazy idea” they want to pursue?

Crazy is a fun way to think about it - but let's nuance that word a little. Think large, think long, think bold, think with faith - but do so in the context of who you are, your giftedness, your personality, your passions, and most importantly the content of God's will for your life. Ask the questions: how has He developed who you are, where you are, and who are the people you're journeying with? I'm a big believer that the Lord puts Godly people in your life to speak truth and encouragement about your journey (think crazy ideas), but also wisdom about your direction. If you're in the Lord's will and on the journey with the right people, you'll find a greater measure of success with the "crazy ideas."

Fresh Paths: Anything you want to add?

One last thing which builds off the last paragraph... Grasp clearly the true nature of success. It may be different than what you think. We often posit success in terms of accumulations, accomplishments, etc. But success really is when you are faithful to the thing God has called you to do, regardless of the measurements that we often assign to goals. Faithfulness and obedience are the plumb lines as described by Amos in chapter seven. Those are worthy goals of a long-term nature.

The most fun thing to learn about---being a grandfather!! Here with Maisie who has a new baby sister, Evie.
97 views

Hiking with Arrow: An AT Adventure